21) Drinking With a Helmet

Shot no.: 21
Song title: Drinking With a Helmet
Style: Pop/Funk
Things that helmets are: safe, stylish, a hit at parties 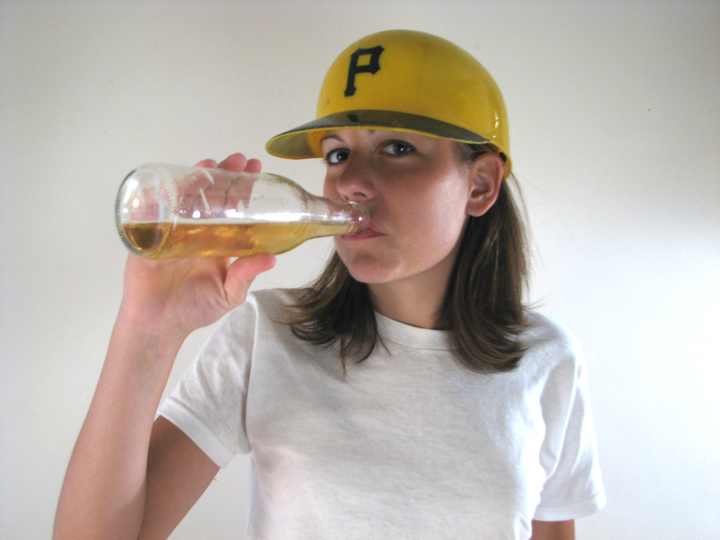 The concept of attempting to drink safely by wearing a helmet is hilarious to me. My love of this is probably unreasonably higher than the average person. Why is this? Do not know. Do not care. I’m content with being disproportionately amused by this as compared to others. If wearing a helmet to parties becomes popular because of this song I would be soooo friggin’ thrilled. I already flipped out after one guy sent me a picture of his friend doing my power hour in a helmet. The fact that I could influence people I’ve never met to practice safe drinking with helmets is just absolutely fabulous.

I mean, look at these picture of me. I look like an idiot. A hilarious, safe idiot. How is that not the perfect thing to add to a party? Ok, this has gone from me accepting my weird love of drinking with helmets to me trying to convince the world that drinking with helmets should be practiced often. Which it should. Come on! (I find saying “Come on!” is always a convincing argument. Especially when someone is drinking.) Drinking with a helmet is also perfect because it goes along with my sports theme of the Power Hour League (PHL).

This could even evolve into people wearing other types of padding and protective gear. Now I’m picturing people partying in chain mail and suits of armor. Hah! Full swat team uniform? Hazmat suit? Fireman’s gear? The possibilities are endle-. . . well, the possibilities are. . . something.

So to all you PHL players out there: safety first! Make sure you suit up in protective gear before starting the game.

Lyrics:
I’m sure your mom will agree
You have to drink responsibly
Safety first while you quench your thirst