Shot no.: 2
Song title: It Sounds Like a Good Idea
Style: 60’s Pop
No. of college students that can relate: All

Alright, this one has a lot of inspiration from multiple people. I’ll start from the beginning and work my way through the lyrics. 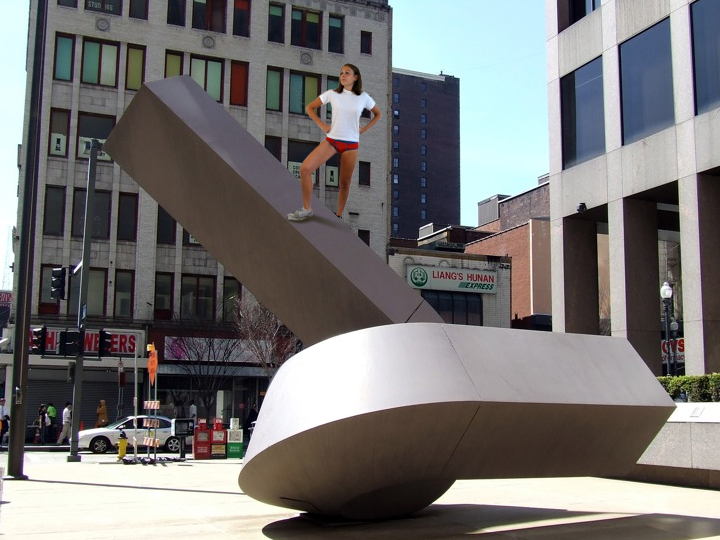 “Take off your pants and climb that sculpture” – My friends and I seem to have a lot of climbing and sculpture interactions while under the influence. There is one particular sculpture on CMU’s campus that seems to grab our attention every time we’re smashed. It’s called “Walking to the Sky” and it consists of a big pole with sculptures of people walking up it as well as standing at the bottom and looking up the pole. We consider it to be more like “Waiting for the Sky” and get in line. Or dress up the dudes. Or grab some booty. There are other sculptures for drunken entertainment on campus as well. (Sorry, I’m wearing pants.) And once a year for CMUs homecoming, all the fraternities and sororities make their own small buildings called “booths”. So we get to drunkenly climb those sculptures. Or sometimes drunkenly build those sculptures. We’ve also climbed to become the sculpture ourselves. And have a habit of climbing on bars as well. 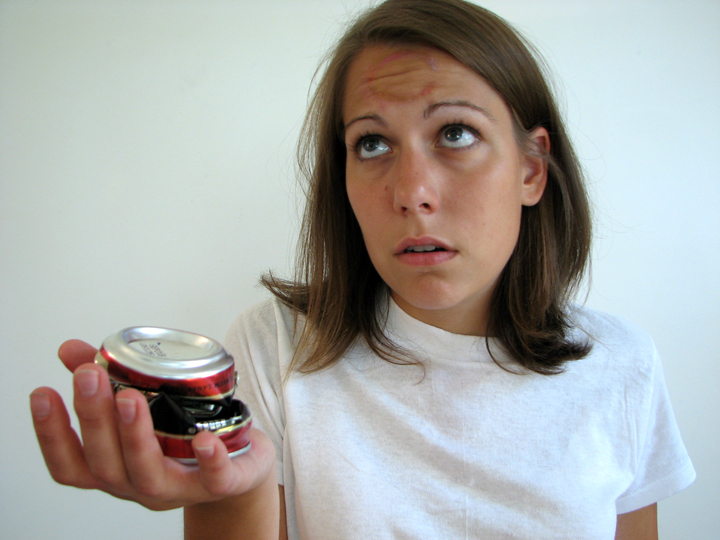 “Crush a can with your head” – This line is actually inspired by my DAD! He went to a costume party with my mom once when I was really young. He was dressed as a muscleman so he decided to crush a can on his head. I wasn’t at the party but I remember him coming home that evening with a red circle imprint still on his forehead. Not so slick.

“Sleep at a frat” – Frat couches are the number one disease carrying objects on the planet. But for some reason they are greatest things that could ever happen at 3am.

“Shave the cat” – People have often asked me if this has a double meaning. I’m going to leave it vague. (But I would like to show you this gem I came across after writing the song.)

“Pee on the lawn” – I take this one back. Peeing on the lawn is a good idea compared to the alternative of in your pants.

“Make out with that guy” – “That guy” also seems to be the greatest thing that could ever happen at 3am. He is not. He is actually the number two disease carrying object.

“Flush your cell phone” – Have personally done it. While I was on the line with my friend. I dropped my tiny flip phone in the toilet just as I was flushing and fished it out right before it was lost forever. The phone was still connected and I yelled “I’ll call you back”, hung up and in my drunken brilliance proceeded to rinse the phone off in the sink because clearly more water is what my piece of technology needed at that point. My friend on the other line thought I was dead and drove to my apartment to discover that I was in fact not dead, just stupid.

“Chat with a cop” – Although it’s a bad idea, my friends and I have gotten away with this without trouble on multiple occasions. I’ll elaborate more with track 22, “I’m Fine Occifer”. 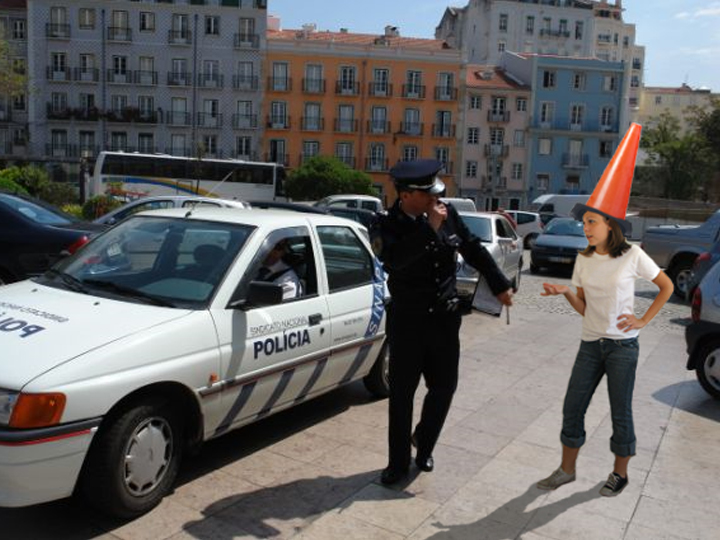 “Wear a construction cone” – A friend of mine has a weird obsession with construction cones. And it seems we pass them often when walking from bar to bar. She’ll get photos with them, wear them on her head and talk about how much she “loves cones”. She even woke up one morning to discover a cone next to her bed. Her wasted self the night before must have found it impossible to part with. At least it made a good tool to wake other people up.

Lyrics:
It sounds like a good idea but it’s not

Pass out in a bush and attempt to fly
Pee on the lawn. Make out with that guy
Give your friend a mullet and flush your cell phone
Chat with a cop. Wear a construction cone