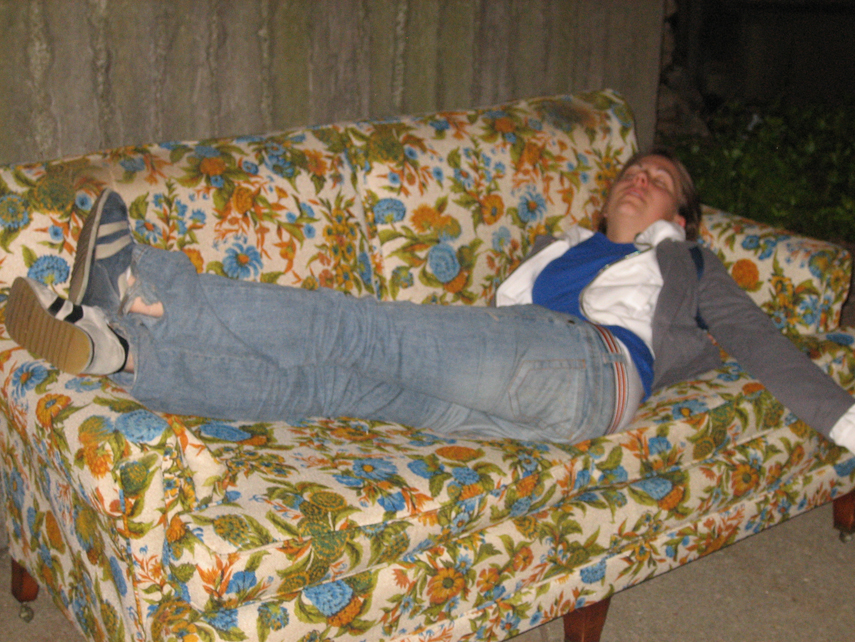 It’s called “Liquid Blank” because it’s “Liquid _______”. You fill in the blank. “Liquid courage” is a somewhat common term that describes alcohol as an enabler of bravery. Well, a lesser known term is “liquid blanket” which objectifies how one can withstand a colder atmosphere when one has been drinking.

This song expands that concept into other areas where alcohol makes you superhuman. When you’re drunk enough to go sliding down a snowy hill on your butt, you’ve got a “liquid sled”! Didn’t even notice it was pouring down rain? You’ve got a “liquid umbrella”! You could argue that drunk running is really just a “liquid car”. Since writing this song, I’ve had someone tell me about a “liquid condom”. I wouldn’t recommend it.

The concept for filling in the blank after “liquid” came from one fateful college night right before summer break was starting. Helga*, Nancy*, Sally* and I were walking home from the bar and because the school year was almost over, students had been cleaning out their apartments that day. As we’re trekking down the street lamenting how much longer we had to walk, we came upon a couch someone had left out on campus. You have to understand, this was mind blowing at the time. We were tired, a bit dizzy and there was this couch out of nowhere to make everything better. We freaked out that we had found a “liquid couch” and promptly enjoyed its comfort. Had it not been for the photographic evidence [shown above], I would still believe that we were just laying on the sidewalk thinking it was a comfy sofa. Good thing I was wearing my “liquid Hazmat suit” so the grossness of laying on a foreign couch didn’t bother me.

*Names have been changed to protect the inebriated.

Lyrics:
If it’s cold out and you don’t like it
Take another shot for a liquid blanket

Or maybe it’s wet out and you’re not a rain kind of fellow
Then finish your beer. You’ll need a liquid umbrella

If you’re almost passing out you won’t hit the cement and say, “ouch”
‘Cause you can lay yourself down on that liquid couch