Schaefer Beer’s slogan is “The one beer to have when you’re having more than one”. I always thought that was fabulous. They unapologetically claim to be for mass consumption and inform you that there are better beers out there if you’re being moderate.

Usually I joke that I drink Coors Light to sober up. But for a power hour, a beer through which you can see is the only way to go. I do love me some Guinness. Just not in 1.5 oz form and not 60 in a row. So reach for the clear beers when you’re playing this game. Just don’t go too clear and end up with Zima. 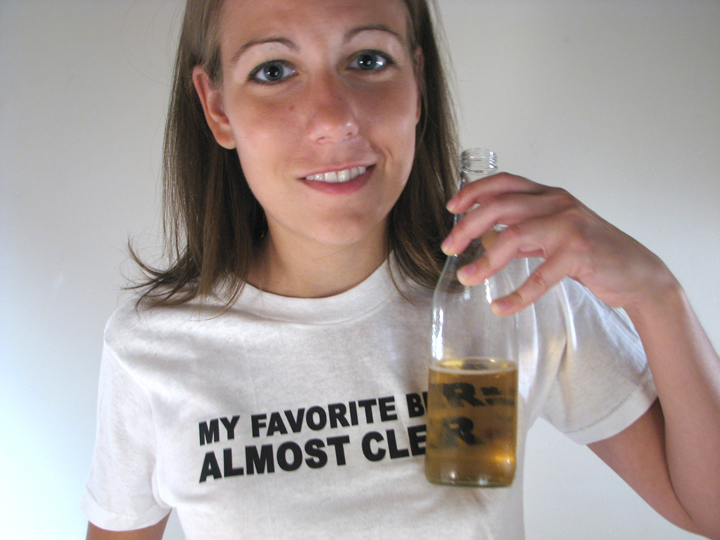 Miller actually released a clear beer in 1993. After precisely 27 seconds on the market, it failed. That’s a shame though because I would totally drink it. Maybe I should get the Power Hour League to rally together to bring it back. Or I’d love for my power hour to be so successful that I could release my own “Power Hour Beer”. You can bet it would be very see-through. And canned in 90 oz servings. Or tiny 1.5 oz cans that come in 60 packs! “Power Hour Light” would just be actual water in a can. It could be a recovery drink for the next morning.

Lyrics:
Some complain it tastes like water
But I say the less taste the better
Imagine playing this game with Guinness
And that’s why I have to thank goodness

Keg stands with dark ales wouldn’t be as fun I think
Why party with booze your grandpa likes to drink?
If your beer’s as thick as syrup you have to drink less
And that’s why I have to thank goodness