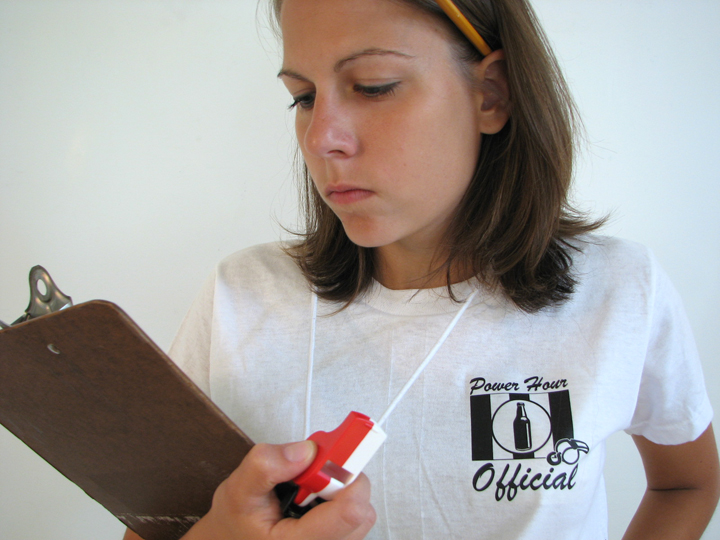 Some people say there are power hour rules to which you must comply or you’ll lose the game. I say that is crap. As long as you show up to the party, it’s a victory! Everybody’s on one big team in the PHL (Power Hour League) and we’re all winning. Any rule beyond “have a good time” is dumb and dumb and stupid. (In that order.) I’ve heard rules like:

1. You have to finish all your shots within the hour.
For some of us this would mean vomit. Vomit is not winning.

2. You cannot use the bathroom.
Abdominal pain and peeing your pants is not winning.

3. You must not stand up from your seat for the entire game.
What?! I take it back, there is another rule beyond “have a good time” and it’s “DANCE”! How the heck are you supposed to break it down if you’re stuck sitting? Awful rule.

Anyone enforcing these rules is just de-funning something that’s awesome. A party is no place for a referee.

Despite there being no loss condition, I still consider a power hour to be a game so this song is a nod to all the stadium songs played at sporting events. In the opening it features the ballpark organ playing the lick that makes everyone yell “CHARGE!”. There are also whistles, cowbells and even one of those long plastic horns known as vuvuzelas. Go ahead and join in with the claps on this one minute of sports pump up while you ignore all rules and play however you’d like.

Lyrics:
Everybody wins
It’s the perfect game
There’s no competition and no shame