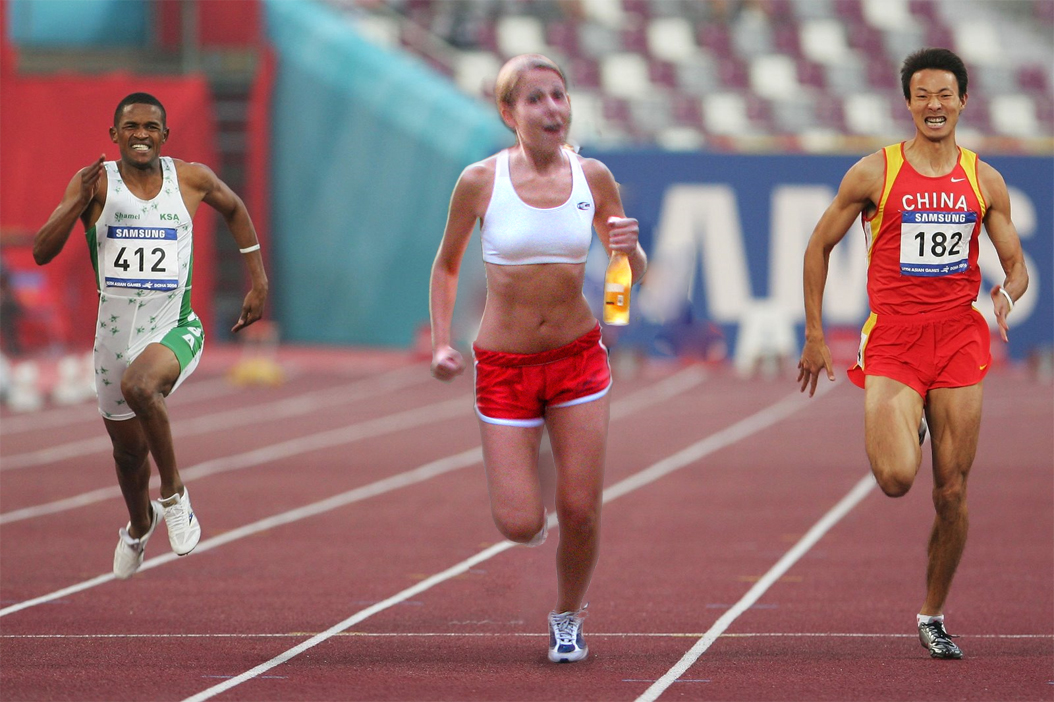 Drunk running is by far the best form of transportation under the influence. I don’t merely encourage this activity, I partake in it often. You really need to give it a try if you haven’t already discovered the (perceived) invincibility and speed you have after some shots. Plus it’s practical because I always find myself under the influence and then needing to be in a different location. In this case, drunk running is super effective, super fun and super legal.

My college’s fraternities and sororities are in two locations separated by our campus’ football field and track. We would always get a big group together to pregame at the sororities before going to the fraternities for the evening. And how would the big group get from the sororities to the fraternities? Why, with a drunk decathlon of course! We’d actually stop on the field and hold events. It felt like we were having some serious competitions out there but I’m sure it was just a mess of people zigzagging around and rolling in the grass. And maybe spooning one of the football tackling dummies after a hard drunk workout.

Since writing this song, I’ve heard of many other people that partake in this fantastic activity. The track team at my college holds the “drunk mile” on a track where they drink a beer for each of the four laps. Then of course there’s Bay to Breakers which is a popular footrace that attracts many smashed participants. There’s a blog written by this guy (whom I’ve OF COURSE friended on Facebook) who exercises while intoxicated. I wish to someday meet and join him for one of his half marathons where he drinks a beer for each mile. Amazing! Also, Liz Lemon from the show 30 Rock got on her treadmill after too many glasses of wine. Plus she did a combo. . . drunk dialing/drunk running. Impressive!

My friend Helga*, the girl who likes to lose things, also likes to sprint while under the influence. Mostly away from her friends. (That’s usually how she ends up at warehouses in Boston.) Luckily she’s never that speedy so it’s not an issue. 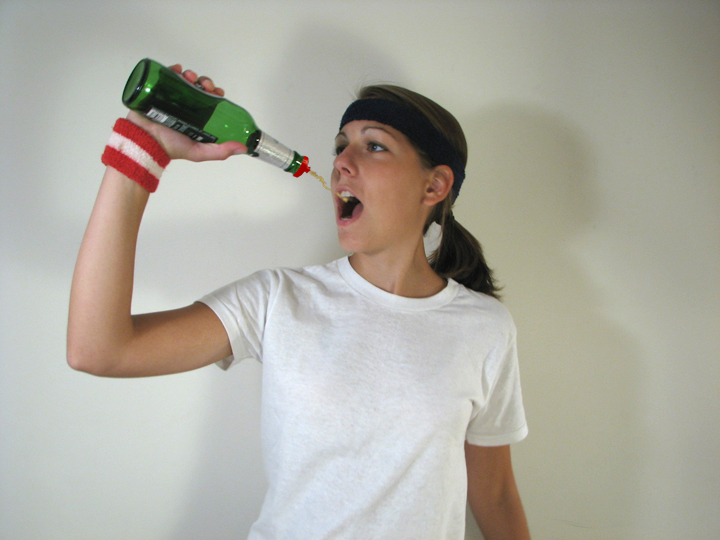 Not only do I run home from the bar, I also enjoy running to the bar. The neighborhood I live in has a long street of restaurants, bars and nightlife and I’m right at the end of it. When people tell me they’re going out to a place on that street I’m happy to join because I live right there. Then I realize the bar is on the 12th cross street and I’m on the 25th. That’s over a mile! Time for some sober running. I get to my destination in half the time with twice the thirst. Great start to the night.

So remember kids, DO try this at home.