This jam is a shout out to all my cheap dates. Yes, though I am the power hour girl, I do believe I am a lightweight. In a game like this, people with a high tolerance tend to get celebrated so I felt the little guys deserved a salute. There’s something to be said for requiring less fuel to get just as far. 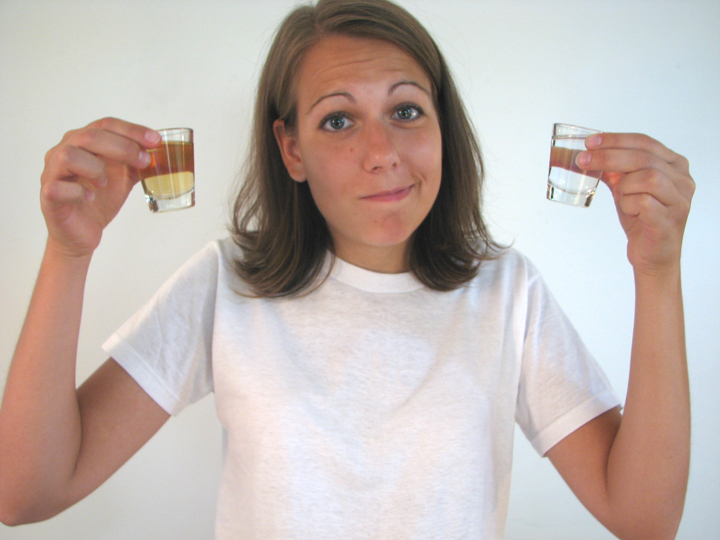 This salute comes in at minute 44 when the lightweights have abandoned drinking altogether and are occupying themselves solely with dancing. I enlisted the help of a tank to help me sing the chorus in a low, tough voice. Actually, it’s still me singing but I used some studio magic to warp it super deep unlike my usual high-tone, low-tolerance voice.

If you find yourself lacking some tolerance, the lyrics give you a few tricks to keep you in the game. You can completely disregard the command in track 38, Fill It to the Brim, and pour only half shots. Or try alternating one shot of beer with one shot of water. Confused drunk people will be impressed you’re doing a power hour with vodka.

I have another tactic, not mentioned in the lyrics, that helps me avoid drinking shots that were purchased for/handed to me. After you cheers your benefactor, quickly drop the shot glass to your side and dump out the liquid while everyone else has their heads back drinking. Then “drink” from your empty glass. This one works best outside or at a dive bar because, obviously, you’ve got to dump booze on the floor. It also doesn’t hold up over repeated uses unless you want to be standing in a giant puddle all night. But yeah, if you’re a lightweight and you’ve had too much alcohol as well as had too much of making people feel bad when they buy you drinks, this move comes in handy.